Since illegal deforestation has become a problem, “Forest Certification” system in where the third-party institution evaluates and certifies for forests with executing a sustainable forest management has been expanding. In Japan, Sustainable Green Ecosystem Council (SGEC) as a main entity started the forest certification system in 2003. HOP Group is the first company in Japan to acquire the forest certification for each department of distribution, design, and construction and introduce the certified timbers for house architecture. To build a house by using the forest certified timbers is indirectly to support forestry workers who are engaged in appropriate forest management and to lead to environmental protection and forest conservation. In addition, because the system clarifies a production area of timbers, it brings customers a sense of security to build a house. 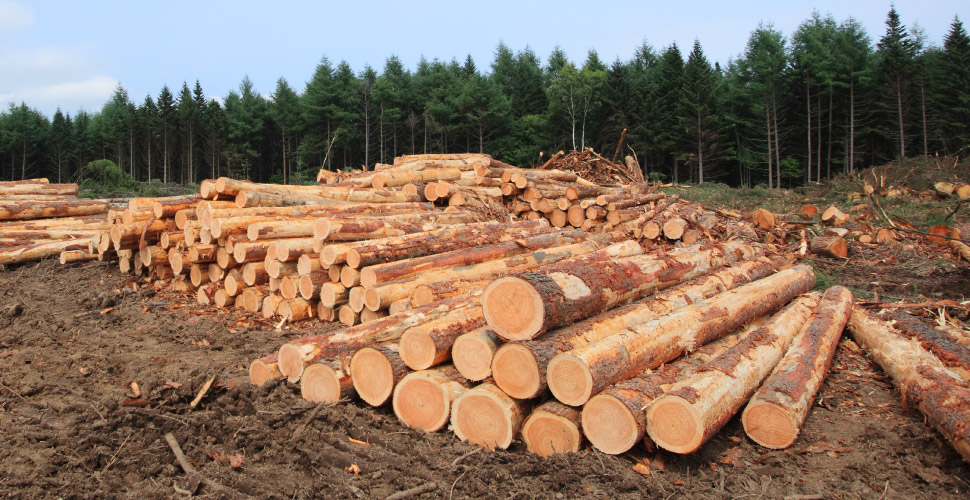 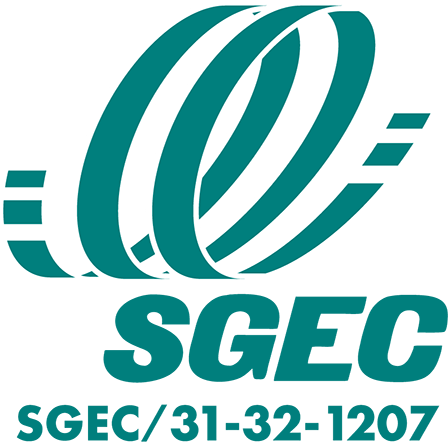 Three companies in HOP Group acquire SGEC "Circulation of Green" Forest Certification in each department of distribution, design, and construction.
This was created in 2003 as the first Forest Certification system in Japan and it is the system that Sustainable Green Ecosystem Council (SGEC) certifies "Timbers produced from forest with sustainable forest management".

Introducing the tree kinds that HOP uses for the house

Timbers, produced from trees grown in Japan, are suitable and strong for the Japanese environment with high temperature and high humidity, and become a structural material with superior durability,
Especially because Hokkaido trees grow in cold area, compared to the representative Japanese cedar from artificial forest in mainland, it can be said that the timber’s strength is higher; therefore, it is very attractive material for architectural material. With these advantages, HOP will facilitate the house building by using local timbers from each region in Japan hereafter.

The Japanese name of Mizu Nara (Water Oak) comes from the tree holding plenty of water inside. Mongolian oak, along with Beech, is the representative deciduous tall tree in cool temperature zone and blooms in June, and grows acorns (fruit) in October. Because the branch is thick and grows well, the tree becomes largely wide shape. The timber is heavy and hard; therefore, it is widely used for furniture material, barrel material of western liquors, architectural material (floor board), railroad tie material, and appliance material.

Schaline fir is largely planted as an artificial forest tree in Hokkaido. The tree height is approximately 30 meters. The leaf is soft and the tip of leaf is divided into two as a feature of Abies. It blooms in June and the male flower is red, and the cone matures as blackish brown in autumn. The Japanese name of Todomatsu comes from Ainu (natives of Hokkaido) language Totorop. The tree is used for park tree, Christmas tree, and Bonsai (dwarfed tree) as a familiar tree or material. The timber is elegant white and used for structural material.

Japanese larch is a deciduous tall tree and planted all over in Japan. The tree height is nearly 30 meters and some Japanese larches have more than one meter of diameter.
The origin of the name comes that the appearance of tree with leaves is similar to the shape of arabesque. Japanese larch, among all kinds of pine trees in Japan, is the only pine tree with falling leaves and it is written as "Fallen Leaves Pine Tree" in Japanese. It grows yellow leaves in autumn and buds a beautiful fresh green in spring. The timber is heavy and hard, and superior for durability and water-vapor resistance. It has high oil content and the tree surface is tinged with red by seeped resin as time passes, and eventually the beauty of the tree’s distinctive feature appears. The tree is used for groundsill for house, utility-line pole, railroad tie, roof board, and ship material.

Fraxinus mandshurica is a deciduous tree which is largely planted in Hokkaido and it is also distributed in mainland and Korean peninsula. It grows well in wet place and is planted as a roadside tree in many places. The big one grows a trunk with one meter of diameter. Two leaves each are attached like a bird’s wings and it is called "Pinnately Compound Leaf". Because the timber has hard nature and beautiful grain, it is largely used for furniture material and moulding material.

Japanese linden is a deciduous tall tree, which is distributed in Hokkaido, mainland and Kyushu. The Japanese name of Shina means "To bind" in Ainu (natives of Hokkaido) language and comes from "Ripping off tree bark and weaving cloth by the fibers". The tree height would be around 10 meters as a deciduous tall tree and its leaf has obvious serration (notched shape around the edge). The flower has scent and becomes a source of honey. The quality of the material is light and soft. Because it is very easy to be processed, it is used for architectural material, veneer material, and appliance material.

Kalopanax septemlobus is called Kalopanax pictus when it is a living tree. The tree is widely distributed from Hokkaido to Kyushu but particularly in the region from Tohoku to Hokkaido. Because the tree grows in fertile suitable moisture land, it became a judgmental standard whether the land is suitable for development or not during the pioneer period of Hokkaido. Because the trunk is covered by sharp thorns and the material is similar to paulownia, it has a different name as "Sharp thorn paulownia".